To all the Montrealers who say Toronto has no soul, I give you the Kensington market. It’s not a huge area and I can imagine it would be a lot more interesting in the summer but it’s a long way from the crushing, faceless conformity of Bay St. Thankfully, that distance is not geographic, only cultural. A mere 20 minute walk through some areas that are interesting in their own right separates the two.

With its unique restaurants, bohemian feel and general artsiness, the Kensington market reminds  me of the Plateau but without the parking problems.

Which brings me to another point: the insanely mild winters. There’s simply no snow to speak of in Toronto and as recently at late January, precipitation was coming down in the form of rain. An overnight temperature of -11 was sufficient to trigger an extreme cold weather warning. The fact that the climate is not actively trying to kill the city’s residents has resulted in the following :

Bixi bikes! In winter! In Canada!

As you can see, there is no snow on the ground in this picture taken in January. While the Montreal bixies are snowbirding November 15 – April 15, Toronto bikes are in service year-round. But in Montreal’s defense, it takes some real special characters with serious dedication to try and dodge buses on Sherbrooke in the middle of a snow storm. 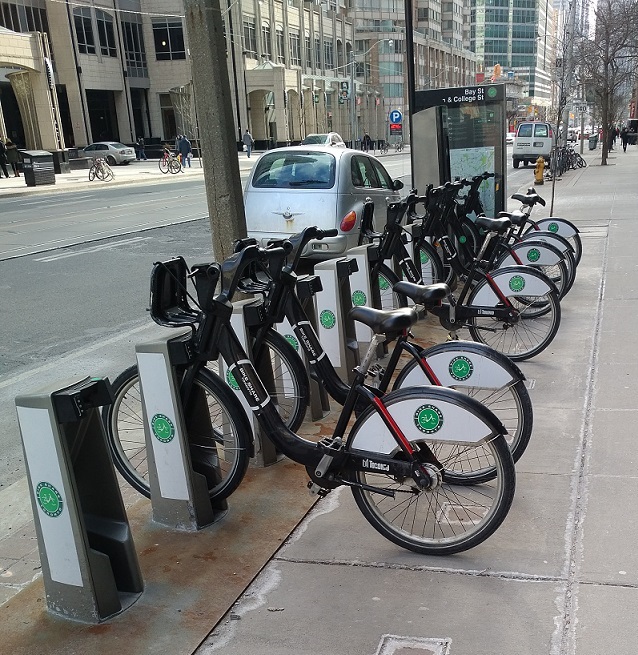